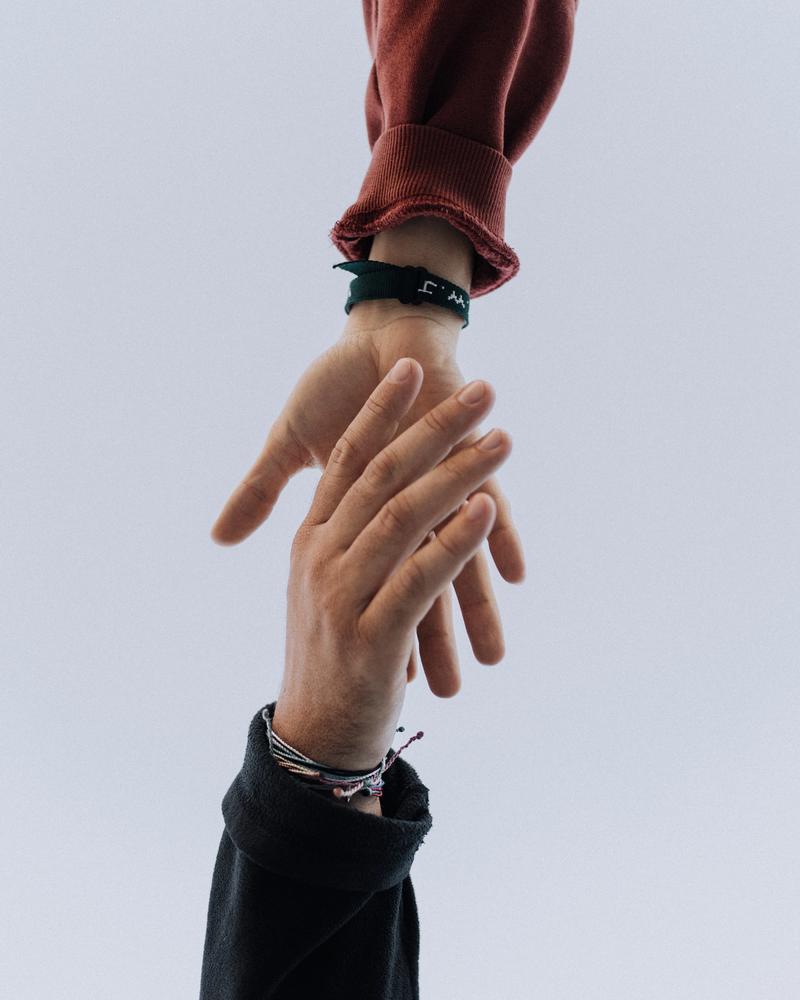 I had an opportunity to participate in a panel discussion at Richland College on Tuesday. The topic was, "Do humans have and obligation to help others?" The panel included a Jewish representative and a philosophy professor with the Ayn Rand Society. Ayn Rand and objectivism reject moral responsibility. Hence, we had a very interesting discussion. I'll try to post more later about my experience. Forward to the Fight, Andy Miller III Awareness: A Christian’s Take on Moral Responsibility

You quickly zip up your coat and walk out of the mall--your shopping list is frustratingly incomplete and the cold wind hits your face as the revolving door swings open. Then you become aware of something. No, you are made aware of something, as a sharp somewhat annoying sound hits your ear. [Ring Bell] Yes, friends you have found The Salvation Army and one of our thousands of volunteers [show of hands for who has given or volunteered?]. At that moment you might become aware that though you have an incomplete Christmas list, others in the world and in your area are frustrated because they have no place to sleep, children are sleeping in cars with their families, and people are hungry. There is something inside humans that calls us to reach into our pockets and place a dollar in the Red Kettle. Maybe you hope that the bell ringer will stop ringing the bell if you give, thus the objectivist might have a way out. Regardless, the scene that most of us experience with the Army’s Red Kettle Campaign reminds us that there is more to life than fulfilling our shopping lists.

I am aware of the honor it is to stand here before you and to present with these panelists. My life has been enriched through dialogue, and I appreciate its place in my personal formation. It is important to think about society and our obligation, or lack of obligation, therein. My presentation represents a Christian perspective and moves through an awareness of God and his plans for the world. I also represent The Salvation Army, which is a part of the universal Christian Church. As a Christian theist I acknowledge my belief in an “infinitely perfect God, who is the creator, sustainer and governor of all things and who is the only proper object of religious worship.” I have come to this belief on the shoulders of philosophical evidence that has shaped my epistemology, through a smorgasbord of arguments like Anselm’s ontological argument, the cosmological argument, and most specifically the argument from the moral law.

As a Christian I also affirm that God exists as three persons, known as the Trinity, (three persons, one substance-Father, Son, and Holy Spirit). Ultimate reality is a loving relationship that is based in the doctrine of the Trinity rather than an Ultimate reality which comes through impersonal matter or laws of nature. Within the framework of the Trinity we have three persons existing in self-giving, self-sacrificing love for one another. As I apply the moral law in society, it heightens an awareness of others, and this awareness and care for others reflects God’s nature and image as a Triune God, an image in which Christianity says we are created. The awareness of a Triune God accents my own appropriation of the moral law, providing meaning for life beyond myself and my own proclivity to selfishness and my sinful nature. In C.S. Lewis’ great explanation of the moral law he gets at the juxtaposition of these realities,

“First…human beings, all over the earth, have this curious idea that they ought to behave in a certain way, and cannot get rid of it. Secondly, that they do not in fact behave in that way.”

In dealing with this reality we acknowledge what “is” and what “ought” to be. If the world “ought” to be a certain way then it is grounded not simply in human experience (what Lewis calls ‘matter’) but in a divine mind or being. The universe needs direction and the creator of the universe, the source of ultimate reality, has a plan to transform reality from what “is” to what “ought” to be. This plan was initiated by Jesus of Nazareth, the Messiah, who called his followers to “deny themselves take up their cross and follow” him (Mark 8:34). A man who took upon himself “the form of a slave (Philippians 2:7),” died on behalf of humanity and was resurrected to a new kind of life. His resurrection and victory over death create an awareness of a time when God will make the world right again--that he will look at his creation and “make all things new” and “wipe the tears from their [our] eyes” (Revelation 21:4-5). Christians anticipate his return and have the responsibility (respond-ability) to care for others as we anticipate the way he will make the world right again.

This awareness of God’s activity in the world is formed by an understanding of Scripture--from the moral and legal commands to show hospitality and observe the year of jubilee in the Old Testament, to Jesus’ commands to care of the least of these (Matthew 25), to the Apostle Paul’s challenge “to consider others as better than yourself” (Philippians 2:3). Just as we become aware of bells during November and December, which remind us of the moral law, the Christian tradition tells us that our awareness and our action on behalf of others necessitates an active responsibility for others. I was trying to add this famous quote but had to finish my remarks early.