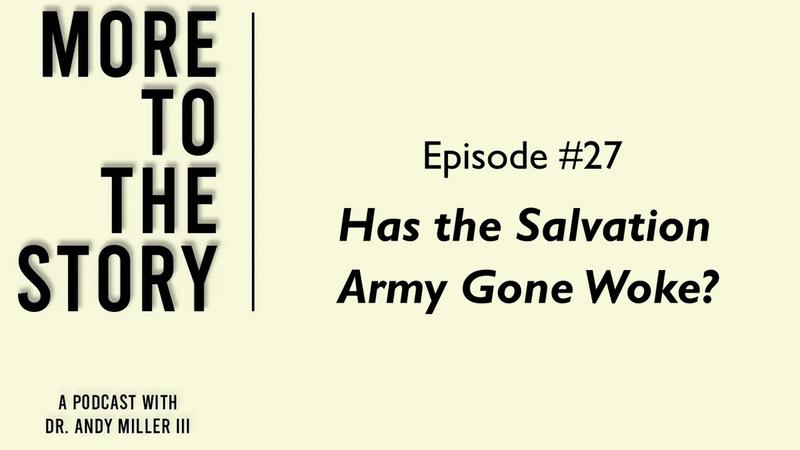 Has The Salvation Army Gone Woke?

Has The Salvation Army gone woke? Last week, a dozen people reached out to me asking about the validity of several articles that pointed to woke trends in the Army. I link those articles below. One of the people who reached out to me was my colleague and friend, Dr. Matt Friedeman. He and I combined podcasts to talk through this matter. Here’s are the links:

Dr. Ed McKinley suggests in his definitive history of The Salvation Army in the USA, Marching to Glory, that early salvationists:

…were a little concerned with theories of social justice; they knew only that they’re Heavenly Commander and ordered His soldiers to take in strangers, visit the sick and imprisoned, and offer a drink to the thirsty and food to the hungry. They also knew that there were souls dying all around and that the first step in saving some of them was to lift them up so they could hear that such a thing as salvation existed. (68)

This description is the essence of Salvationism, and I believe these actions are being realized in most Salvation Army units around the world. The Army is at a clear crossroads in its history, and I address that in today’s podcast.

Articles challenging the Army can be found here, here, and here. The most objective report was by Mark Kellner and can be found here. Here’s a link to a blog where I have noted some of the mixed messages from the Army.

Here’s a link to The Salvation Army’s official response.

What should you do? You can restrict your giving to your local SA. Also, if you can be involved in your local SA to know about the nature of their work for those in need that would go a long way to ensure your gifts are used well.

Last week I published a special Thanksgiving episode of More to Story featuring three of my favorite people- MY CHILDREN! Even though Thanksgiving is past, don’t miss this podcast.

Today’s episode is brought to you by two sponsors:

Keith Waters and his team at WPO Development do an amazing job helping non-profits and churches through mission planning studies, strategic plans, feasibility studies, and capital campaigns. We are honored to have Keith and WPO on the More to the Story team. You can find out more about them at www.wpodevelopment.com

or touch base directly with Keith at Keith.Waters@wpodevelopment.com.

Wesley Biblical Seminary - Interested in getting going deeper in your faith, check out our certificate programs, B.A., M.A.s, M.Div., and D.Min degrees. You will study with world-class faculty and the most racially diverse student body in the country. www.wbs.edu

This is an automatic dictation and is likely, not accurate. Please refer to audio or video for the exact language.

This is the more to the story podcast with Dr. Andy Miller. We hope you guys enjoy today's conversation.