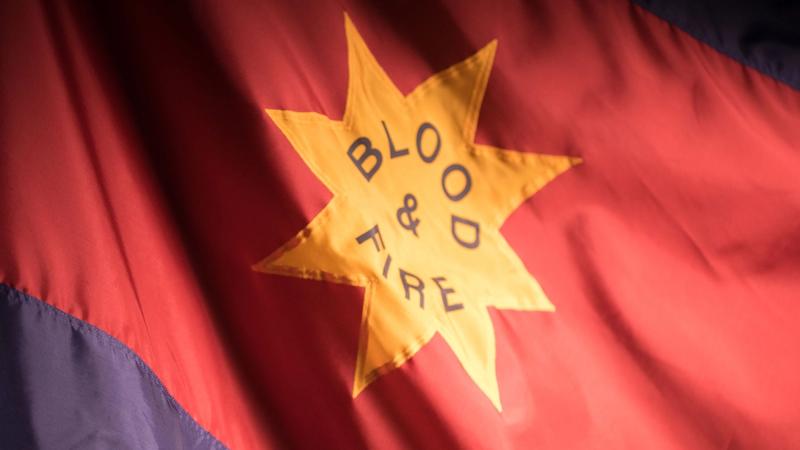 On "Changing the Army"

The following article first appeared in The Officer Magazine (July 2015).

A loyal soldier approached me, it was clear he had something important to say. It was Sunday and the holiness meeting had just finished. His index finger was pointed right at me and with an agitated tone he said, “Your goal must be to kill the Army. You are trying to change everything!” Kill? I think not. Advocate for change to advance the fight? Absolutely.

In contrast, a few years ago I received a phone call from a well-known Salvationist writer asking me to contribute a chapter to a volume on Salvation Army doctrine that would feature “liberal” and “conservative” opinions on a variety of theological issues. He said, “We are looking for a solid conservative voice like yours.” That volume never came out, and I was too busy changing diapers, so I declined.

So what gives? Am I conservative or progressive? Do I want to change everything, or remain parked with the status quo? It depends on whom you ask. My experiences have led me to ask, “In what way can, or should, we change the Army?”

In full disclosure, I am a person who loves intra-Army discussions and am invigorated by change. I enjoy expressing my passions about the Army so much that I have found it to be a temptation for me. However, my efforts to “change the Army” shouldn’t keep me from “being the Army” while living out my covenant.

While at training, a staff officer said to a group of Cadets, “If you think you became an officer to change the Army, you are in the wrong place [officership, training college, etc.].” There are several ways to think about what is involved in “changing the Army.”

One way to enter these discussions is to list “non–negotiables,” as did General Clifton and General Rader. They have been helpful for my understanding of Salvation Army theology and practice. So when considering change you can ask yourself, “Are any of these values compromised in the process?” Other methods use mission statements, branding promises, or core values to achieve a similar response to proposed changes. For the Salvationist, and particularly the Officer, I suggest Covenant-centered change. If a simple test had to be administered it should be this, go look at your Soldier’s Covenant (Articles of War) and ask, “Is this change in conflict with what I covenanted with God?”

What is it that has formed the essence of the church’s beliefs throughout its history; we could describe this as the canon or orthodoxy. The Army’s canon is most fully summarized in the covenant we share. It is expounded and clarified through Handbooks of Doctrine, Song Books, Year Books, and other publications.

Do some of these articles (doctrines) need nuancing? Probably, but that does not mean they need to change. We need to explain what we mean by “…the divine rule…” We need to shade “total depravity” with prevenient grace. We need to carefully discuss and elaborate on what being “wholly sanctified” is and is not. We need to clarify that we are not platonic philosophers as we present a Christian version of “immortality of the soul.” It could be an American stylistic bias, but I wouldn’t mind gender neutrality in the human pronouns. These pieces are all consistent with how the Army does theology and I don’t think they need, or should, change.

There are areas where I desire to see the Army change. I would love to see a renewed understanding of how we approach training and the connection therein to officer recruitment. A more nuanced conversation on sacraments would be helpful and welcomed. We probably need to do better in understanding the complexities of the marriage relationship in officership and how the dynamics of shared and separate appointments can work. The uniform and its use should be updated or changed as we seek to be a visible people. I have at times found myself helpfully and humbly corrected by experienced officers who have helped shape and refine my “ideas.” The biggest change I would like to see is this – more soldiers, more corps, and more officers, bringing more people to Christ’s saving grace. This is a necessary change.

Changes that call us to redefine marriage, cut certain articles of our faith, reject original sin, deny the substitutionary nature of the cross, get rid of our name, become a formal high church that is a liturgically drenched denomination or embracing universalism all are changes that move us away from a centered identity, these changes are outside of the scope of Covenant-centered change. These changes are instead, Covenant-rejecting changes.

So what of those changes? First, questions lead to answers and we need to ask good questions to get good answers. When I was learning to swim in the discipline of theological studies, I had to work through each article of faith. When I came up for air I discovered a richness in Army theology that humbled me.

Second, if you come up for air in your search for truth and are resolutely opposed to the Army’s theology and you can no longer affirm the covenant, and if you are trying to make changes that move away from the canon of Salvation Army teaching or Covenant-centered change, I wonder if you should find another institution in which to serve. I say that not in cruelty or anger, but in love. These things will not change in the Army. I am no psychologist, but I think your life would be much more fulfilled in another movement if this is the sort of change you seek.

A wise senior officer, who taught many years at the training college, described his approach in teaching the doctrines in our covenant. “Andy, I am not telling Cadets what they should believe, I am expanding on what they have covenanted their lives to believing and teaching.”

If the changes I desire remain unchanged, then I trust God. Continued growth and relevance are contingent on our ability to adapt to our changing world. However, that change must be centered in the covenant which unites every Salvationist.

Forward to the Fight!,