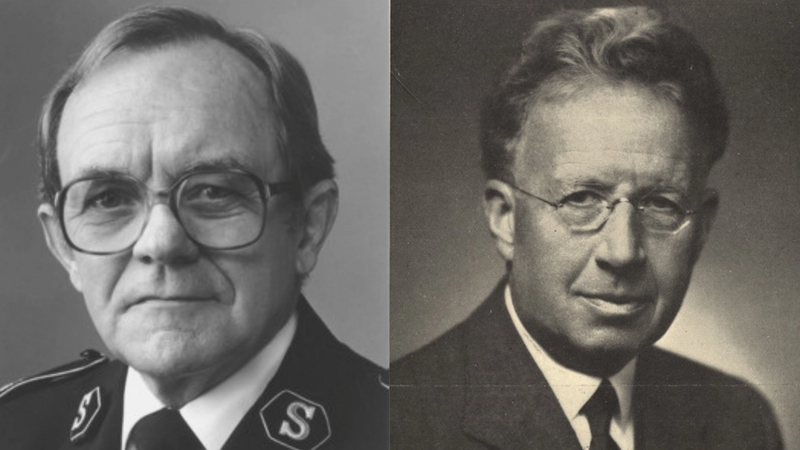 Shall the Fundamentalists Win? Fosdick and My Grandfather

100 years ago this week, the well-known preacher Henry Emerson Fosdick preached his most famous sermon, “Shall the Fundamentalists Win?”

I require my preaching students to read multiple sermons by Fosdick, including this one. Don’t call me a heretic yet. It’s in my syllabus because Fosdick was a master homiletician. His titles themselves are works of art: “Ideas that Use Us,” “On Catching the Wrong Bus,” “Preventative Religion,” and “God Talks to a Dictator.” His form is focused. His words are clear, concise, and biblical. Nevertheless, his content is paradigmatic of a move away from historic Christianity. His pejorative use of the term fundamentalist worked well for his rhetorical intention. He shied away from words like orthodox, conservative, or evangelical. My colleague, Dr. Matt Friedeman, adds that people often think fundamentalists are simply people more conservative than themselves. Fosdick’s message and winsomeness were a foundation for the movement of protestant liberalism in the United States.

One evening in the 1940s, my grandfather was collecting money for The Salvation Army door-to-door in an upscale New York neighborhood. Approaching one door he heard a piano playing. After knocking on the door, the piano playing stopped, and my grandfather was surprised to see Fosdick open the door. Fosdick, a public intellectual, was recognizable to most people, particularly this young preacher. My grandfather, at the time a Salvation Army officer in his mid-20s, was invited in by Fosdick. They developed a warm relationship that extended for years. He acknowledged his disagreement with Fosdick on matters of theology but appreciated their friendship. Years later, after my grandfather rose in the ranks of The Salvation Army, he was invited to preach in Fosdick’s pulpit at the famous Riverside Church minutes away from Columbia University and Union Theological Seminary.

Commissioner Andy Miller, Sr. would have been considered by Fosdick as a fundamentalist. I’d call him an evangelical in the Wesleyan-holiness tradition. He believed in the virgin birth, the inerrancy of scriptures, the reality of human depravity, and the resurrection of Jesus Christ. He also believed that the people furthest away from the gospel could be transformed by it.

One of my favorite lines from my grandfather’s ministry is related to my denomination’s sixth article of faith, “We believe that the Lord Jesus Christ has by his suffering and death made an atonement for the whole world so that whosoever will may be saved.” Tapping his palm on my knee he said to me, “Ange (that’s what he called me), I would rather die than not have these words.”

I don’t know what my grandfather preached at the Riverside Church. I’m not certain that Fosdick was present. I am certain that my grandfather knew the context, and I am positive that he winsomely tried to communicate the power of the substitutionary nature of Jesus' work. Maybe I am wrong. It might have been the Army’s aggressive service to the poor in Jesus’ name that opened the door for some liberals to listen to him.

There is an essential dimension contrasting progressive and conservative Christianity. It generally begins with theological anthropology. What is the nature of humanity? Are we sinners who are depraved, or are we essentially good people?

Andy Miller, Sr. was not the famous homiletical figure that Fosdick was. He is known in certain circles for his preaching and leadership, but I believe the impact he made for eternity is far wider because he pointed to the essential message our world needs. God has an answer for sin and its effects, and it comes through the “suffering and death of our Lord Jesus Christ.”

Shall the Fundamentalists Win? Maybe not, but the "great cloud of witnesses" and those who hold to the “faith once for all delivered to the saints,” will.