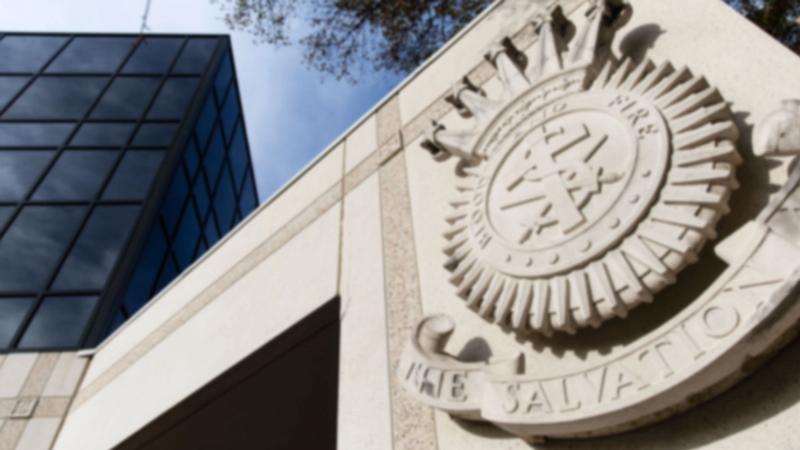 The Marks of the Church and The Salvation Army

This excerpt is from my MDiv. thesis, from a chapter on the Salvation Army's eschatological ecclesiology. Forward to the Fight, ASM3

The Marks of the Church and The Salvation Army

The evangelical movement has become more earnest in entering discussions about how its denominations can articulate a missional ecclesiology. Howard Snyder illustrates this movement in his article, “The Marks of Evangelical Ecclesiology.” He notes that throughout church history other marks, which define more precisely particular theological emphases, have emerged. During that process, the traditional marks have been particularly questioned when “issues of revival, renewal, and the institutional failings of the church”[1] are being considered. He suggests that the reasons these marks have been challenged are their ambiguous nature and “inadequate biblical grounding.”[2] He asserts that a “biblically normative and holistic ecclesiology,” which is a true evangelical ecclesiology, “affirms that the true church is always, at one and the same time, one and many, holy and charismatic, apostolic and prophetic, catholic and contextual—and that the church is called always in every context to visibly embody these qualities, even if it does so imperfectly [emphasis mine].”[3]

Jürgen Moltmann’s landmark work on ecclesiology, The Church in the Power of the Spirit,[4] insists that ecclesiology must have a basis in the trinitarian history of God’s active work with creation. It is in such reflection that the church finds its raison d’ete. For Moltmann, a pneumatologically-grounded ecclesiology lives and breathes in memory of Christ and in light of eschatological hope. Moltmann also sees the historic church as radically redefining the old “marks” of the church. He explains that this is especially true in four distinctive dimensions of the church today: (1) the Church of Jesus Christ, [5] (2) the missionary church,[6] (3) the ecumenical church, and (4) the political church. Moltmann insists that these groups have expanded on the four traditional marks by displaying: “The church’s unity in freedom. The church’s holiness is its holiness in poverty. The church’s apostolicity [as it] bears the sign of the cross, and [as] its catholicity is linked with its partisan for the oppressed.”[7] Moltmann presents a thorough doctrine of the church that finds its basis in pneumatology and views itself with an eschatological hope.

The Army and the Marks of the Church

Within the explanations provided throughout church history, as illustrated by Oden[8] and expanded upon by Snyder and Moltmann, the early Salvation Army can confidently stand in each area with a functional, biblically-grounded ecclesiology. The Salvation Army did and does identify with the “one” universal church. Illustrative of the sign of “unity” or “oneness” in the early Army is a comment by Bramwell Booth when the Church of England chastised the young movement’s ecclesiology:

The Salvation Army did and does identify with the “one” universal church.
The Salvation Army’s current mission statement likewise says, “The Salvation Army, an international movement, is an evangelical part of the universal Christian Church.”[10] These positions situate the Salvation Army effectively and functionally in the “one” unified church, while simultaneously demonstrating the “one and many” as described by Snyder as a biblical expansion of the basic signs of the church (1 Cor. 12:12). The Army is one distinct (very distinct) expression within that body.

The unity of the Church, as Moltmann expresses, is a “unity in freedom.” This means that there is an “evangelical unity, not a legal”[11] unity in the Church. William Booth expressed this unified evangelical freedom:

“Hold on, my comrades!…We fight not for one man, not for one garrison. We fight for the deliverance of the whole world ” [emphasis Booth’s].[12]

Moltmann’s expansion of the sign of the church as “one,” comports well in an early Salvation Army ecclesiology. The early Salvation Army did express itself as a “holy” and indeed “charismatic”[13] part of the body of Christ. This understanding has a foundation in Booth’s pneumatology, which he describes in 1909:

The Salvation Army has known a great deal of this Divine inspiration. It is itself the creation of the Holy Spirit. All it knows of life and vitality, and all the power it possesses to bless the world, come from the Holy Spirit; and to this day waves of Divine influence, in a lesser or greater measure, are sweeping over it which proceed from Him alone.[14]

The charismatic aspect of the church is demonstrated in the Salvation Army’s understanding that it is a movement birthed by the Holy Spirit. The ecclesiological network of the young Salvation Army easily collaborates with Moltmann in that this holiness is expressed in poverty.[15]

In the same way that the “apostolic” nature of the church adheres to the cross of Jesus as its source, so did the early Army. The Salvation Army is apostolic in that it has been sent into the world with a clear and specific mission. Its soldiers are apostolic as they faithfully witness to Jesus Christ. In an article entitled “The Model Salvation Soldier” William Booth explains that Jesus is the “Model Warrior.” Booth illustrates:

“His life and teaching, taken together, constitute the pattern and teach the only true method in which our campaign for the deliverance of man from sin and devils is to be carried on.”[16]

Booth then takes a literary step that was commonly employed by Salvationist writers. He calls the apostles of the New Testament first century “soldiers” in the Salvation Army. This task accomplishes two goals. First, through the power of recognition it shows the apostolic connection/succession of the Salvation Army to the first church. Secondly, it insists that the Salvation war extends far beyond the limits of space and time. Booth illustrates:

“This [message of deliverance] was declared by Peter, a celebrated General, who fought gloriously in this War….If the Holy Ghost commanded the early Salvationists [the apostles] to fight after the pattern of their Master, surely the same obligation is binding on us.”[17]

As it was apostolic, the early Army was simultaneously a prophetic voice in its time because it directed its mission efforts to the poor, extended its ministry to women, and fought for the rights of the oppressed. This prophetic voice demonstrated that going into the world for Booth meant “suffering to Christ: it meant this to the Apostles. They went to the world: this meant going to scorn, poverty, stripes, imprisonment, death—cruel deaths. If you go you will have to suffer there is no way other way of going [sic].”[18] As Moltmann says, the church’s apostolicity is understood as it bears the sign of the cross.

The church is catholic as well as contextual; that is to say it is universal as well as local. As Moltmann explains, the church that lives in the power of the Spirit is a universal church that is linked together on behalf of the poor. In identifying with the catholic/universal aspects of the church William Booth declared at the 1904 International Congress in London,

“The Army is part of the living Church of God—a great instrument of war in the world, engaged in the deadly conflict with sin and fiends.”[19]

In addition to viewing the Army on a universal scale, Booth often spoke of the contextualization of Salvation Army mission though without using that more recent term. One example of this is when he said,

“The Salvationists who are believing for the outpouring of the Spirit upon their neighbourhood, with all its blessed consequences, will use such influence and force as they already possess, or can become possessed of, for the acquisition of such a result (their salvation)” [emphasis mine].[20]

In the discussion of the signs of the church, it seems that The Salvation Army operates seamlessly within these expanded signs of the one, holy, catholic, and apostolic church.[21]